Home > GYAN about WHAT - WHY - HOW ? > Fundamental building blocks of our Universe

For many years we believed that matter is made up atoms. Atoms were thought to be the fundamentally indivisible particles and building blocks of everything. But then in 1897 J.J Thompson discovered electrons in a cathode ray experiment. After that, many atom models were proposed and new particles such as protons and electrons were discovered. But later it was discovered that even protons and neutrons can be divided to even smaller particles known as quarks. Each time when a new particle was discovered, it led us to more questions. We always believed that there always was something incredible yet to be discovered. There are certain theoretical particles which are predicted to exist, and scientists are trying to find them. 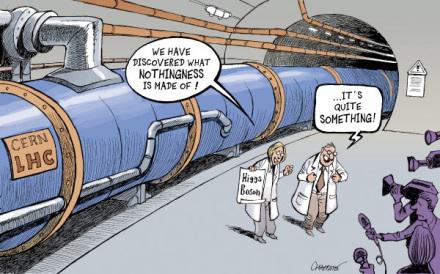 Th Higgs Boson which is popularly known as the “God’s particle”, is an elementary particle which is associated with the Higgs field. Higgs field is a quantum field which is responsible for masses of particles. Existence of this field will explain a basic question that “why particles have mass?” Higgs field has to exist in order to provide the force needed for particles to have their mass. If we can discover Higgs boson we can prove the existence of Higgs field. Higgs boson was found on 14th March, 2013, in the Large Hadron Collider, which is at the European Organization for Nuclear Research (CERN), Geneva.

Anti-Particles
Everything has a counter part of it. Light has darkness, uphill has a downhill, and in a similar way the matter in our universe has a counterpart which is the Antimatter. Matter is made up of particles and the Antimatter is made of antiparticles. Particles and antiparticles have same mass but they have opposite spin, or angular momentum, and opposite charge. The matter appears everywhere but the antimatter is not seen at all. One theory regarding antimatter says that it was created during the Big bang along with matter. It is also believed that in some parts of the universe the amount of antimatter is more than matter. The presence of antiparticle was first predicted by Dirac in 1928. The proton accelerator known as the Bevatron located at the radiation laboratory in Berkeley, California, discovered antiproton 1n 1955 and antineutron in 1956. Antiproton is similar to proton except for the charge. Anti-nuclei, anti-deuteron, were discovered at CERN in 1965. Later anti-hydrogen was discovered and in 2011 weight of antimatter was measured by ASACUSA experiment conducted at CERN.

Have you heard of something which is faster than light? So far there is nothing faster than light. Tachyons are the particles which are predicted to move faster than light. The existence of Tachyons was predicted by Arnold Somerfield, and the name was given by Gerald Feinberg. Generally, when particles get energy, they tend to accelerate and move faster and when while slowing down, they lose energy. But in the case of Tachyons, the scenario is different. Tachyons gain speed when they lose energy and they slow down when they gain energy. Speed of light is the slowest speed which is possible for a tachyon. If it is possible to identify tachyon then it is possible to travel back into our past. 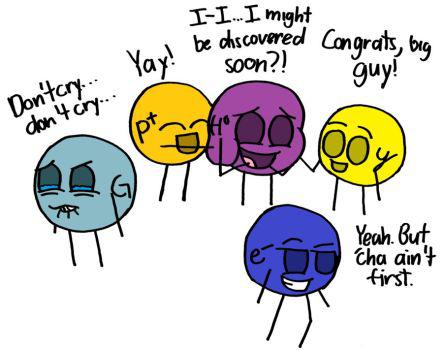 Along with these there are several other fundamental particles that are predicted. So these particles are expected to exist and if so, they can explain many unknown mysteries about our universe. Particle physics deals with the biggest problems known to us. “It provides us with the capacity to solve problems we don’t even know we have yet.” Said by Heidi Schellman who is a high-energy physicist working at Northwestern University.