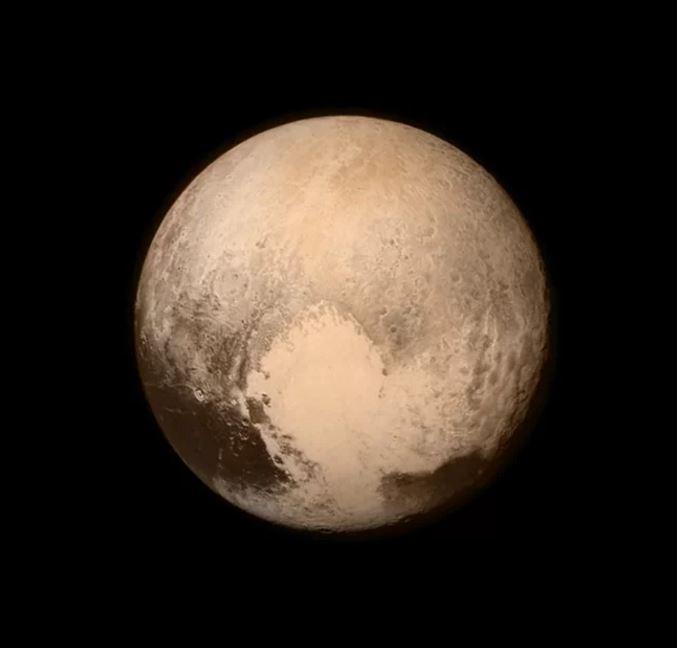 Which is the smallest planet in our solar system? If you had asked me this question before 2006, I would have said, Pluto. But now the answer is different, it’s Mercury. When scientists discovered Trans-Neptunian Objects (TNOs) of sizes similar to Pluto, they declared that Pluto cannot be considered as a planet anymore because of its similarities to TNOs. So, since 2006, Pluto has been considered as a ‘Dwarf planet’. But I don’t think Pluto would be sad about that. Pluto may no longer be considered as the smallest planet but will now be considered as the largest Trans-Neptunian Object and also the ‘second most massive Dwarf planet of our solar system’.

How much do you know about this planet? This article is about some of the interesting facts about Pluto.

How far is Pluto from us?

Distance from Earth to Pluto is 32 times more than that between Earth and Sun. But that distance keeps on changing since Pluto moves around the Sun in its elliptical orbit. The distance between Earth and Pluto varies from 2.75 billion miles to about 4.5 billion miles. So, can you calculate how much time it takes to travel from our planet to Pluto? If you drive a car at 550 miles/hour (typical speed of a passenger aircraft), it will take you six centuries to reach the planet! If you travel at the speed of light (Fastest speed possible), it will take you almost 4.5 hours to complete the journey! On January 19, 2006, a spacecraft called New Horizons was launched to explore Pluto. An Atlas V rocket is taking the New Horizons to Pluto at the rate of 16.26 kilometers per second and it will take nearly a decade for it to complete the journey to Pluto.

Pluto takes approximately 250 years to complete one round around the Sun in its orbit. That means, one year on Pluto is 250 years on our planet! So, if we were on Pluto, we would die even before celebrating our first birthday! 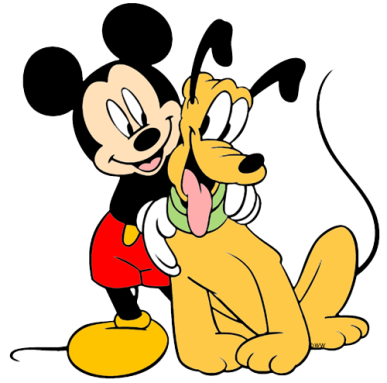 Isn’t it interesting? Who discovered such a small planet in our galaxy? Pluto’s existence was predicted well before observing it. In the 1840s, a mathematician, Ubrain Le Verrier predicted the existence of Neptune and in 19th century, scientists predicted that there is a planet X which makes perturbations in the orbit of Neptune. In 1906, the attempts to locate Planet X were started by Percival Lowell and he was able to capture faint images of Pluto. But those images were not recognized for what they are. The mysterious planet X was discovered by Clyde Tombaugh on 18th February, 1930.

Pluto has not completed one round around its orbit since its discovery. After its discovery there were many suggestions for naming this Planet X. It was an 11 year old school girl, Venetia Burney, who suggested the name Pluto. The name represents the Roman God of Underworld. Name of a famous cartoon character was inspired from this name; Pluto, the companion of Mickey Mouse. Pluto got a new official name when it was being considered as a dwarf planet. According to minor planet naming system, Pluto is now known as 134340 Pluto.

How is Pluto’s environment? 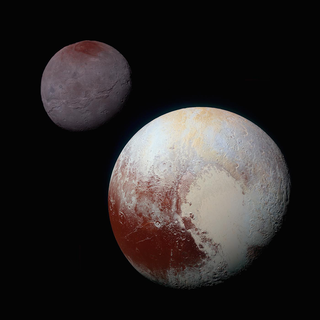 Average density of Pluto is 1.87 g/cm3 and Earth’s density is 5.51 g/cm³. Pluto is a small and a very cold planet when compared to our Earth. Pluto’s surface is made up of more than 98% of Nitrogen ice and traces of Carbon monoxide and Methane. A famous image of Pluto shows a large, bright feature, informally named as “heart”, on its surface (see image 1). The average temperature on the surface of Pluto is 44 Kelvin which changes from 33 Kelvin to 55 Kelvin.

There are five known satellites for Pluto. Charon is the largest and nearest satellite among those five. Charon was first observed in 1978 by James Christy, who is an astronomer at United States Naval Observatory. Styx, Nix, Kerberos and Hydra are the other four satellites which go around Pluto along with Charon. Hydra and Nix were discovered with the help of Hubble Space Telescope in 2005. Kerberos was discovered in 2011 and Styx was in 2012.

Even though Pluto is a little tiny dwarf planet in our galaxy, the information about the planet is really vast and wide. The New Horizon satellite is now helping us to update the information about Pluto. It is really amazing that we think and learn about something really far away from us. With our available resources we create more resources and we humans, learn every day from the time we came to this planet. I believe our knowledge about this universe will increase, with our curiosity and observation power, our knowledge will grow even more. As buzz light year (a character from the movie toy story) always used to say “To Infinity and beyond”…!

How Was The Earth Formed?