Home > GYAN about WHAT - WHY - HOW ? > Do You Know- Reaching Absolute Zero Temperature is as difficult as attaining Speed of Light 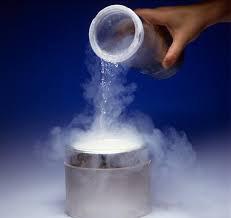 Later, Kelvin scale was constructed where its zero was placed at −273 °C. Now, Absolute zero of temperature is the point at which a thermodynamic system has the lowest energy. It is −273.15 °C on the Celsius temperature scale and −459.67 °F on the Fahrenheit temperature scale. 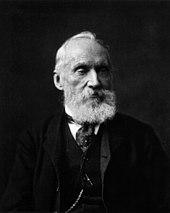 It was observed that gases tend to contract indefinitely as the temperature reduces. This behavior of gases at low pressures suggested that there could be an ultimate low temperature at which an ideal gas would reach zero volume at constant pressure. This temperature is now referred to as an absolute zero of temperature. The third law of thermodynamics is stated as follows: “The entropy of a perfect crystal at absolute zero is exactly equal to zero”. At absolute zero of temperature, the system must be with the minimum possible energy. The concept of absolute zero has many thermodynamic consequences. All the molecular motion does not cease at absolute zero but no energy from molecular motion is available for transfer to other systems, and it is therefore correct to say that the energy at absolute zero is minimal.
Temperature is a measure of the amount of internal, which is a randomized energy in a material. As temperature decreases , entropy or disorder and the random motions of the molecules in the material decreases. According to classical Physics absolute zero is defined as the point at which these molecular motions stop entirely. But according to quantum mechanics it is not correct to say that molecules are not moving at absolute zero. Quantum mechanics helps us to study all the possible states of some system with the use of wave functions. For every system there are many states with different energy. At absolute zero temperature, the system is sitting in that lowest energy state. As the temperature increases, the system tends to spend more time in higher energy states.
Reaching to absolute zero is as difficult as attaining speed of light. Scientists have cooled atoms to amazingly low temperatures close to absolute zero. The current record is about 450 Pico Kelvin and it was achieved by researchers at MIT in 2003. To achieve a velocity which is equal to the speed of light requires an infinite amount of work, and for decreasing temperature to absolute zero requires extracting an infinite amount of heat. So it is impossible to achieve both.

Secret behind the formation of High Speed Winds on Neptune

Why does hot water freeze more quickly than cold water?

Why are Salt levels around the World’s Oceans different?